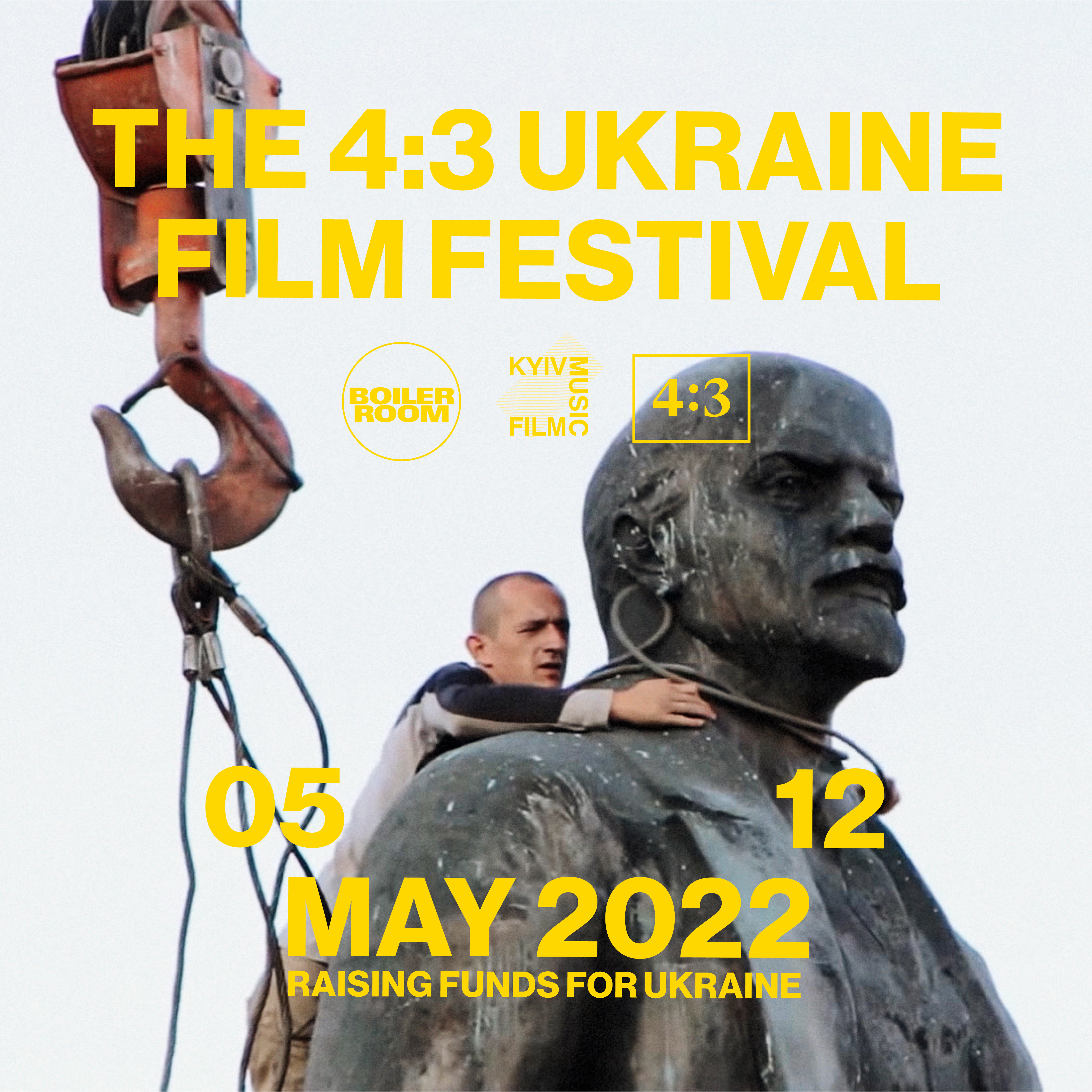 Watch all films below

From 5th - 12th May, Boiler Room’s 4:3 channel will be hosting an online film festival to celebrate Ukrainian filmmaking and artistry during a climate of elimination.

Curated in collaboration with KyivMusicFilm, the festival brings together twelve films that are soulful and audacious in their exploration of a range of subjects. From underground raves in Ukraine to censored funk music in the 70s. From revising unique folk heritage to breaking ties with soviet past.

With tickets priced at £7, you will have unlimited access to the library of films for the duration of the festival and the money raised will be donated to four grassroots funds: K41, Insight, Zgraya and Vostok SOS.

The entire programme will be broadcast in a marathon screening commencing 5th May at 11:00 am EEST, with the films available to watch back individually for 1 week.

Thank you for your support and enjoy the screenings.

Worldwide05 - 13 May 2022
🔗 SHARE
COPY URL
Subscribe to our newsletter for updates on film screenings and residencies.
© 2022 BOILER ROOM